Justice According to Plato and Aristotle 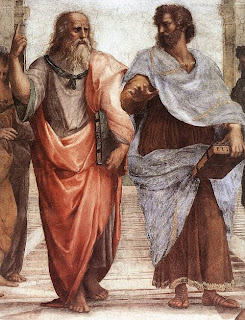 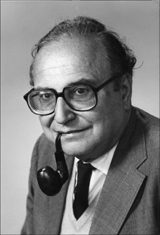 Lipset’s definition of democracy is; “a political system which supplies regular constitutional opportunities for changing the governing officials, and a social mechanism which permits the largest possible part of the population to influence major decisions by choosing among contenders (competitors) for political office”. In his idea, this definition needs to be supported by some conditions that are required for a consolidated democracy;

1-) A political formula, a set of beliefs shared by all people about the legitimacy of certain institutions (political parties, free press)

--> It is needed because if a political system is not characterized, limited by a value system, it would be chaotic (Latin American countries)

--> It is needed because if the outcome of political race is not to attain power and trying to stay at the government, irresponsible governments would emerge. Periodic awarding should take place at elections and a group that will have the privilege of taking decisions should hold the office. (Pre-fascist Italy and Third and Fourth French Republics) weak coalition governments

3-) One or more recognized political leaders attempting to gain office

--> It is necessary because if there is not a strong opposition, power-holders would be much more influential, stronger and popular influence on policies would decrease.

Lipset asserts that Max Weber was right in saying that modern democracy is the product of capitalist industrialization because stable democracies are only visible in the industrialized capitalist countries. He also mentions that although it is very difficult to draw conclusions from correlations, there are important determinants like income, education and literacy which are positively correlated with democracy. Of course, this criterion may not always lead us to the right conclusion (Germany example) and a comparative study of complex social and political systems must deal with the particular historical features of a country. In his idea, newly established democracies can only survive if they are able to create institutions and social conditions that favor democracy (literacy, civil society, autonomous private organizations).

Lipset later moves on to rank countries from more democratic to less democratic by using his criteria. His criteria consist of;

Prerequisite for being democratic:

- Uninterrupted continuation of political democracy since WW I

- Industrialization, which is measured by the percentage of employed males in agriculture and per capita commercially produced energy being used in the country

- Urbanization, which is measured by the percentage of population in communities over 20.000 and over

- Education, which is measured by the percentage of literate people

After explaining these Lipset elaborates his views on the education. “It does not make men good citizens, makes it at least easier for them to become so”. Education increases tolerance and decreases chances for extremism. Lipset also asserts that education would increase the democratic understanding. He also adds that education only is not sufficient for a stable democracy but at least it is a necessary condition.

Turkey-Egypt example (Egypt is much more urbanized but the education level is low. This kind of inbalances decreases the chance of democracy.

In countries which have been gradually industrialized communist parties are almost non-existent and socialist parties are weak (except UK). Especially in rapidly industrialized countries, the support for leftist extremism is higher. Among the Catholic nations of Europe except Austria, there are serious Communist movements unlike Protestant nations. The poorer the country, the greater emphasis on nepotism and corruption.

David Held's “Violence, Law and Justice in a Global Age"

Geoffrey Galt Harpham in his article “Symbolic Terror” analyzes the effects of terrorist acts especially that of September 11 (9/11) incident from an ironic and symbolic perspective. In this paper, I am going to explain what Harpham basically talks about in this article and why his writing is symbolic.
Harpham begins his article by differentiating terrorism from trauma. “Terror, I think we must begin by saying, is not a trauma” (Harpham, p. 573). In his idea, terror is different from trauma considering its feature of symbolic order and its difficulty of being understood in a rational manner. So, Harpham explains how and why a tidal wave killing 5000 people is not terror but trauma. He thinks that terror itself may not symbolic but its effects are registered in the symbolic domain. He states that terror affects the symbolic realm in two different ways. First, terrorism changes the current political-military order and leads to something different at least makes people believe that they live in a radically different period because of fear, paranoia and anxiety. Secondly, terrorism by disseminating numerous messages creates a world of symbolic order. Even the recent “anthrax” method of terrorists is a clear example of this symbolic order. Harpham uses a symbolic method and explains terrorism -similar to the nature of its anthrax method- something that can go anywhere like a letter that does not have a destination. “Its delivery system is the very symbol of the symbolic order, the postal service, which faltered through this system, terror can go anywhere at all and can affect or infect anyone along the way before it reaches its addressee, if it ever does” (Harpham, p. 574).
Harpham continues to carry on his ironic, symbolic discourse and shows how terrorism is fed and feeds terrorism again. “And, yet, it seems that we must bomb” he says before explaining how Cold War and imperialism prepared necessary grounds for terrorism (Harpham, p. 574). He shows how people create a new reality by talking about and giving new meanings to terrorism. He asks, “Has terror produced a new reality or disclosed an old one?” (Harpham, p. 575). Harpham also shows how terrorism is used as a pretext by American government to intervene in Iraq by quoting Kenneth Adelman: “I have no evidence that Iraq was involved in nine-eleven, but I feel it” (Harpham, p. 575). In his idea, the reaction of the right wing politics to terrorism is more and more bombs. He continues to write ironically and asserts that conservatives believe that American society is too tolerant and that is why responsible for terrorist acts. The left also sees American policies as the reason of terrorism. Noam Chomsky for instance reveals that 9/11 represents nothing but the “the logical outcome of American policies and actions” (Harpham, p. 577). Harpham explains Chomsky’s views about the mistakes of the Cold War that give birth to terrorism such as USA’s support to Al-Qaeda against USSR in Afghanistan.
I think Harpham’s writing is symbolic and his message lies behind these words. He points out that both leftist and rightist politics try to find an appropriate meaning for terrorism and sees itself responsible for the emergence of these acts. “Right” blames its country for being too tolerant whereas “left” blames its country for making political mistakes and supporting terrorism in the past. However, Harpham’s point is different. He thinks that terrorism is accepted as a radical phenomenon because people give these meanings as well as ideologies. People try to understand and rationalize terrorism but in his view terrorism is not rational. He thinks that the basic symptom of terrorism is to “paralyze the inability to determine whether we have entered onto a new reality or are merely confronting for the first time the reality we have been living all along” (Harpham, p. 578). By using a quotation from Joseph Conrad’s “Nostromo” he points out how we try to materialize and rationalize events and people derived from immaterial interests. At the end of his article, Geoffrey Galt Harpham explains how terrorism is evolved from our horrors and hidden intentions. Behind his symbolic writing, there appears a message: we strengthen the specter of terrorism…
BIBLIOGRAPHY
- Harpham, Geoffrey Galt, “Symbolic Terrorism”, http://www.jstor.org/pss/1344283