Napoleon Bonaparte and His Legacy 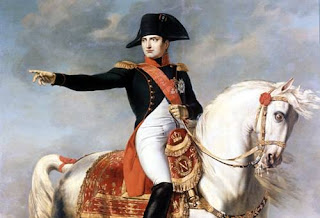 There is no denying that Napoleon Bonaparte (1769-1821) is one of the foremost historical figures and military leaders in European history. Napoleon changed not only the European map but also the very nature of European politics. In fact, he played a so dominant role in Europe that his lifetime is named as the “Napoleonic Era”. Bonaparte facilitated the dissemination of French Revolution’s ideals to the entire Europe. He can be also described as a great modernizer considering his legal, political and economic reforms. In this paper, I am going to try to summarize Napoleon’s legacy for France and Europe.
The transformation of the glorious French Revolution of 1789 into the “reign of terror” forced the Directory (Consulate) to invite France’s young and successful general Napoleon Bonaparte to take power in 1799. Napoleon came to power at this date with excessive powers similar to a dictator. Although Napoleon used his excessive power harshly for restricting his people’s basic rights and liberties, he was a very popular ruler who contributed a lot to the expansion of French Revolution’s ideals. Since French soldiers were conquering territories from Egypt to Italy, from Russia to Malta, “liberty-equality-fraternity” ideals of the French Revolution was also spreading around the world. Napoleon also put an end to chaos and violence in France by declaring his ultimate authority. By “1789 Declaration of the Rights of Man and of the Citizen”, different treatment of people according to their religion or origin was abolished in France and Napoleon contributed a lot to the widening of this understanding in Europe. In addition to the equality of citizens, Napoleon introduced modernist state norms such as the rule of law and a state bureaucracy based on meritocracy. Napoleonic reforms eradicated the feudal structure of France and established a modern country ruled by an “enlightened despot”. This equality of citizens understanding favored Jewish and Catholic communities in France and Napoleon continued to pass laws supporting the position of religious minorities in the French Empire. In 1807, he made Judaism together with Roman Catholicism and Lutheran and Calvinist Protestantism, official religions of France. Another important contribution of Napoleon to the European civilization was his code of law known as “Napoleonic Code of Law”. Today, still many of the legal structures around the world are based on this code. Napoleonic code of law ensured modern French ideals to become widespread as a legal system around Europe. We can even claim that the restoration of monarchs and the “Concert of Europe” did not live quite long because of Napoleon and his sublime revolutionary image. Napoleon together with French Revolution also caused the spread of nationalism around the world. Thus, we can say that Napoleon redrew the European map not only with Napoleonic wars, but also with spreading French Revolution’s ideas and nationalism sentiments throughout the Europe which would later cause serious clashes, struggles within the empires. Napoleon is also known as the founder of modern Bank of France.
To sum up, Napoleon Bonaparte’s greatest legacy for France and Europe was the high popularity and the dissemination of modern French ideals that appeared by the French Revolution in addition to a modern state institution with a rational, meritocratic bureaucracy and modern laws protecting the rights of citizens by the rule of law. Napoleon promoted the growth of modern state and created a model for other European countries to follow. However, contrary to his modern side, he was also a role-model for 20th century dictators such as Hitler and Mussolini with his lust of power and oppressive policies.
Ozan Örmeci
Gönderen Ozan Örmeci Makaleleri (Ozan Örmeci Articles) zaman: 13:54

This is extremely helpful info!! Very good work. Everything is very interesting to learn and easy to understood. Thank you for giving information.
sushi-cat2.com