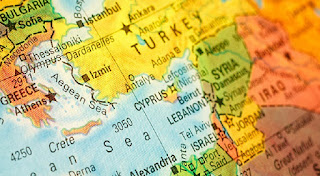 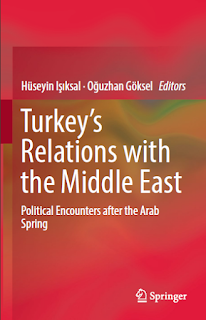 Turkey’s Relations with the Middle East 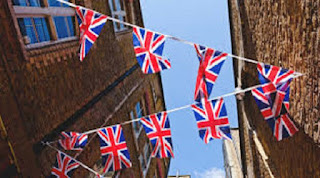 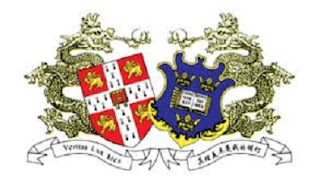 [1] http://databank.worldbank.org/data/download/GDP.pdf.
[2] http://www.kitapyurdu.com/kitap/cagdas-devlet-sistemleri-amp-siyaset-cografya-kultur/128754.html.
[3] Tam ifade şu şekildedir; “Two nations between whom there is no intercourse and no sympathy; who are as ignorant of each other's habits, thoughts, and feelings, as if they were dwellers in different zones, or inhabitants of different planets. The rich and the poor.”
[4] Bu noktada, Prenses Diana’nın ölümü sonrasında yaşanan sürecin aslında Kraliyet ailesi açısından oldukça zorlu geçtiği belirtilmelidir.
[5] http://www.bbc.co.uk/history/bloody_sunday.
[6] https://www.amazon.com/Civic-Culture-Political-Attitudes-Democracy/dp/0803935587.
[7] http://www.aljazeera.com.tr/gorus/londranin-ilk-musluman-belediye-baskani. 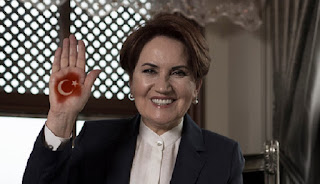 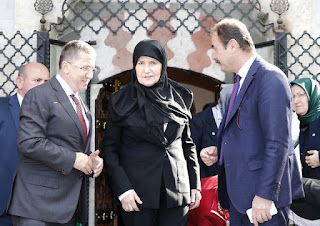 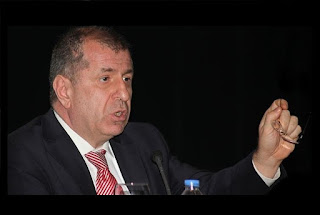 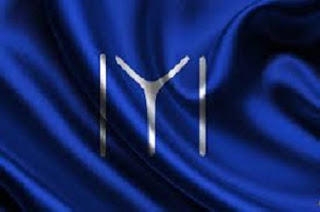 Good Party is established in Turkey 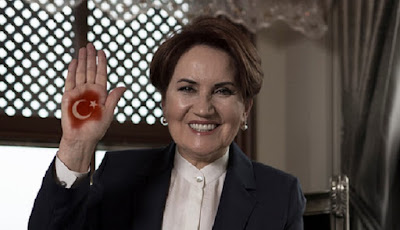 A new right-wing political party was established few days ago in Turkey by the former Minister of Interior and the Vice Speaker of the Turkish Grand National Assembly Mrs. Meral Akşener with the name Good Party (İyi Parti in Turkish). In this piece, I am going to give some information about this new party and I will try to assess Good Party’s chance in Turkish politics.

We should start with the party’s leader. Mrs. Meral Akşener (1956-) is a famous female Turkish politician who previously served as the Minister of the Interior (1996-1997) and the Vice Speaker of the Turkish Grand National Assembly (2007-2015).[1] Coming from an émigré family from Balkans (Salonica), Akşener studied History and became a doctor of Turkish Republican History. Starting from her youth, Akşener became a politicized figure within the right-wing circles. She joined into anti-communist struggle in the 1970s as a member of the Turkish nationalist (ülkücü) movement. Since his older brother was an influential figure in Turkish nationalist MHP (Nationalist Action Party), young Akşener had her first political socialization and experience in the far-right MHP circles. After the 1980 military coup, she became a more moderate right-wing political figure and entered into active politics in the early 1990s from Süleyman Demirel and Tansu Çiller’s center-right DYP (True Path Party). She became a candidate for Kocaeli municipality in 1994, but lost the elections. She first became a deputy in 1995 from DYP in Kocaeli. She served as Turkey’s first female Minister of the Interior (1996-1997) during Necmettin Erbakan’s Prime Ministry as part of the problematic DYP-Refah Partisi (Welfare Party) coalition (Refahyol) government after the Susurluk accident[2]. She was a popular Minister because she replaced Mehmet Ağar, a hardliner right-wing politician who was harshly criticized as a key figure in Turkey’s “deep state” (derin devlet) organization. She became famous during her ministry and was reelected Kocaeli deputy in 1999, but lost her parliamentary seat in 2002 since her party (DYP) could not pass 10 % electoral threshold in the election. In 2001, she had formal contacts for joining into the newly establishing moderate Islamist Justice and Development Party (AK Parti), but later chose to become a member of her former party MHP instead of AK Parti by saying that this party was not able to reform its Islamist National Outlook (Milli Görüş) ideology.[3] She also became an advisor for the party leader Devlet Bahçeli after joining MHP. She became MHP’s candidate for Istanbul municipality in 2004, but lost the election once again.[4] Later she was elected Istanbul deputy from MHP in 2007, 2011 and 2015 (in the first election) elections. She was also elected the Vice Speaker of the Turkish Parliament (TBMM) in 2007 and kept this duty until 2015. She became an influential opposition figure in her party and a leadership candidate against Devlet Bahçeli after MHP’s poor electoral performance in 2015. However, the party congress was not convened and Akşener was expelled from the party. So, she decided to work for establishing a new party and recently found İyi Parti with his friends. Akşener is married to Tuncer Akşener and has a son named Fatih Akşener. 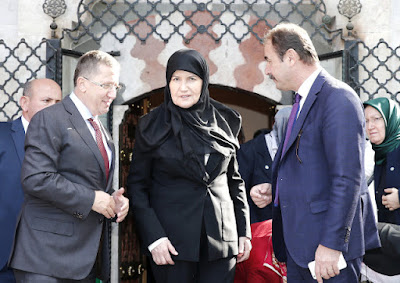 There is no question about Meral Akşener’s skills as a right-wing politician. She is a Turkish nationalist and she represents modern conservative Muslim Turkish woman. Although she does not cover her head in ordinary times, similar to Turkey’s first and only female Prime Minister Tansu Çiller, she wears an Islamic headscarf (türban) when she visits holy places (most recently in Hacı Bayram Veli Shrine). She is also a hadji (hacı) and she went to Muslim pilgrimage before.[5] She has close contacts with Turkish security bureaucracy and especially with Turkish Police Agency. There is no doubt about her loyalty to secularism although she was a minister during the controversial Erbakan-Çiller (RP-DYP) coalition. She is also a democrat in terms of civil-military relations. She became a popular right-wing figure in the Islamist circles due to her opposition to 28 February 1997 “post-modern coup” process.[6] Akşener can be a female politician, but she is also a nationalist figure; so her approach to Kurdish statehood in Syria and Iraq as well as Kurdish rights in Turkey might not be very soft. Some even consider her as “Turkish Marine Le Pen”[7], but her nationalism is not race-based and similar to Mustafa Kemal Atatürk’s civic nationalism rather than Le Pen's ethnic nationalism. In that sense, she does not want to send Kurds from Turkey or forcefully make them Turks, but rather she wants to create a civic, national and constitutional upper identity under which all ethnic groups (Kurds, Circassians, Alevis etc.) can protect their own primordial identities. But still, her approach towards Turkey's Kurdish Question is hawkish and she might not take too much support from Kurdish voters.[8] Some others call her as the “Iron Lady of Turkey”[9] with reference to British female Prime Minister Margaret Thatcher due to her conservatism. Selim Sazak on the other hand claims that Akşener is “Turkey’s Hillary Clinton” and people do not consider her as an appetizing figure due to her long career in politics.[10] Akşener’s party already announced that she will become a candidate against President Recep Tayyip Erdoğan in the 2019 Presidential election.[11]

Akşener’s team mostly consisted of former MHP members. Professor Ümit Özdağ is a key figure and a well-known Turkish nationalist political scientist and politician. He was an independent member of the parliament after his resignation from MHP. There are 3 other former MHP deputies in the parliament that joined Akşener’s party; Professor Yusuf Halaçoğlu (Professor of History), Nuri Okutan and İsmail Ok in addition to Aytun Çıray (originally a center-right figure) from the social democrat CHP (Republican People's Party).[12] So, the party has already 5 seats in the Turkish Parliament. In addition, Ersönmez Yarbay is a former AK Parti deputy that joined into Good Party ranks. Kazım Ataoğlu and Cevher Cevheri seem to be party’s only Kurdish members, as two important names coming from feudal tradition and still having some support in densely Kurdish populated southeastern Anatolia due to their tribes. Koray Aydın is another important and experienced politician coming from MHP background and had ministry experience before. Medical doctor Ahat Andican, known with his great knowledge on the Turkic world, is also an important name of the party and has a lot of political experience due to his State Ministry years as part of Mesut Yılmaz’s ANAP (Motherland Party) government. Pro-secular female journalist Ruhat Mengi and young Turkish playboy and celebrity Mehmet Arslan are other popular names of the new party.

In my opinion, this list of members is not enough for establishing a popular grassroot party, but it also shows that the party has a good potential and considerable support. If there will be more transfers coming from the ruling AK Parti (at this point, popular municipal leaders that were forced to resign by Erdoğan and former AK Parti members could be influential) and other parties in the next months, the party could gradually become a popular center-right party in accordance with the catch-all party typology. Otherwise, only with MHP-originated members, the party will probably be evaluated as a far-right organization by Turkish people and will not reach high voting percentages. It is a fact that MHP voters are angry towards their leader Devlet Bahçeli because of his support to Islamist Erdoğan regime and they can easily vote for Akşener in the next election.[13] But the problem is that MHP is not a populist movement and the party’s strict ideological references appeal only to maximum 20-25 % of Turkish people. So, Akşener had to differentiate her party from MHP and take votes from center-right and center segments in addition to far-right MHP voters. Akşener also has an advantage as a female politician; many female voters could vote for her just because of her sex. She knows this and she wants to allocate more place for female politicians in her party. For instance, Ayfer Yılmaz is an experienced female politician in Turkey and was one of the founding members of Good Party.[14] 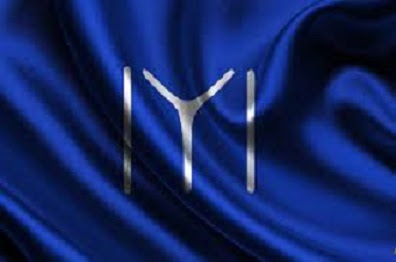 The party’s logo and name have striking references. First of all, other than meaning “good”, “IYI” calligraphically represents the symbol of Turkic Kayı dynasty that established the longest-living and territorially largest Turkish state Ottoman Empire in the early 14th century. "IYI" also looks like a “M” letter that is used as an abbreviation for Meral Akşener's first name "Meral". This represents the secular and modernizing Kemalist state tradition in Turkey as a response to increasing Islamist authoritarian practices of the governing AK Parti. The party seems to be very successful and careful in these image issues, but in real politics there are more important matters. Akşener is known as a pro-Western politician but due to United States’ recent decision to arm Kurdish militia (YPG-PYD) in Syria and European Union’s failure to keep its promise to financially help Syrian immigrants living in Turkey, nationalist and anti-Western sentiments are again on the rise in Turkey. As a nationalist right-wing politician, Akşener had to be carefully design her party’s foreign policy. Good Party’s economic policy is also very important. The party has to find original projects and creative ideas to convince voters that it could govern Turkey better than ruling AK Parti. In addition, Good Party defends parliamentary system and in that sense they can efficiently work as part of a coalition government with pro-secular and pro-EU CHP (Republican People’s Party) if Turkey returns to its classical parliamentary system.

In conclusion, I can say that Akşener and her party’s entry into politics creates excitement in Turkey, but their political success is not certain due to AK Parti’s dominating position in Turkish politics. One good news is that Akşener's presence might force President Erdoğan to act more carefully about implementing Islamist policies since a strategic mistake that will create a blank space in the center-right politics might mean the failure of Erdoğan and AK Parti. So, from now on, Erdoğan will probably try to appeal to both secular conservative center-right voters and Islamist and Turkish nationalist far-right voters.

[1] For her website; http://www.meralaksener.com.tr.
Twitter account; https://twitter.com/meral_aksener.
Wikipedia; https://en.wikipedia.org/wiki/Meral_Ak%C5%9Fener.
[2] Susurluk accident was a scandal involving the close relationship between the Turkish government, Turkish Armed Forces and organized crime groups. It took place during the peak of the PKK-Turkey conflict, in the mid-1990s. The relationship came into existence after the National Security Council (MGK) posited the need for the marshaling of the nation's resources to combat the terrorist Kurdistan Workers' Party (PKK). The scandal surfaced with a car crash on 3 November 1996, near Susurluk, in the province of Balıkesir. The victims included a deputy chief of the Istanbul Police department (Hüseyin Kocadağ), a member of the Turkish Parliament (Sedat Bucak) and Abdullah Çatlı, a former leader of Turkish nationalist Grey Wolves organization and a prominent crime figure. See; https://en.wikipedia.org/wiki/Susurluk_scandal.
[3] http://www.bbc.com/turkce/haberler-turkiye-41750673.
[4] http://www.aljazeera.com.tr/portre/portre-meral-aksener.
[5] http://www.aljazeera.com.tr/portre/portre-meral-aksener.
[6] See; http://www.yenisafak.com/arsiv/2000/kasim/05/g4.html and http://www.aljazeera.com.tr/portre/portre-meral-aksener.
[7] https://www.politico.eu/article/the-turkish-marine-le-pen-meral-aksener-president-erdogan-politics/.
[8] http://time.com/4856463/turkey-meral-aksener-iron-lady-recep-tayyip-erdogan/.
[9] http://www.aljazeera.com/indepth/opinion/2016/06/turkey-iron-lady-thwart-erdogan-game-plan-160607120543716.html.
[10] http://time.com/4856463/turkey-meral-aksener-iron-lady-recep-tayyip-erdogan/.
[11] http://www.internethaber.com/iste-meral-aksenerin-partisinin-2019-cumhurbaskani-adayi-1802246h.htm.
[12] http://haber.sol.org.tr/toplum/iste-aksenerin-kadrosu-214730.
[13] http://www.bbc.com/turkce/haberler-turkiye-41762479.
[14] http://www.internethaber.com/ayfer-yilmaz-kimdir-nereli-iyi-parti-eski-devlet-bakanina-bakin-1817875h.htm. 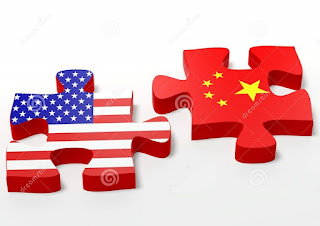 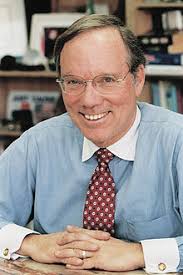 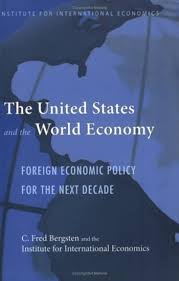 The United States and the World Economy