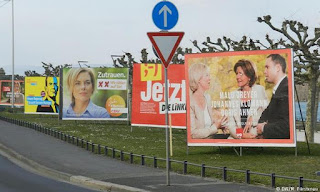 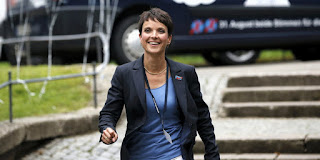 American Exceptionalism and Its Effects on the American Foreign Policy 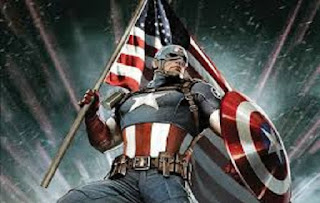 American Exceptionalism: The History of the Term
The term “exceptional” was first used for the U.S. by French aristocrat Alexis de Tocqueville in his work Democracy in America. Visiting USA in 1830s, Tocqueville was impressed by the democratic procedures, meritocracy, social egalitarianism, individualism, commitment to rights and the lack of feudal past in US. Tocqueville noticed that, Protestant sects, by emphasizing individual’s personal relationship to God, also strengthened the spread of these ideals.
Uri Friedman thinks that all countries in the world have some belief and a kind of special nationalism that gives and boosts self-confidence to their nation and ruling elite, but in American case, this is patently universal or even messianic.[2] Strangely, the term was also used by Soviet dictator Joseph Stalin in a pejorative way. Today, the term is experiencing a resurgence in an age of anxiety about American decline. Some examples of statements about American exceptionalism (in chronological order);

Effects on American Foreign Policy
American foreign policy and American exceptionalism are interconnected. However, here we have a dichotomy concerning the effect of exceptionalism over the foreign policy; “exemplary exceptionalism” vs. “missionary exceptionalism”. Exemplary exceptionalism is based on the idea that as a country away from the rest of the world -as the New World-, the U.S. should provide an example to the rest of the world without directly engaging in their matters. Missionary exceptionalism on the other hand, suggests that the U.S. should actively encourage and promote and even export its values of democracy and capitalism to the rest of the world. This dichotomy is the basis of different American foreign policy preferences. The exemplary model leads to isolationism (John Winthrop’s ‘City upon a Hill’ speech), whereas the missionary model often leads to internationalism and interventionism (Wilson Principles).
Some authors portray this relationship as cyclical, like a pendulum going towards one side to the other in time. However, it is a fact that until Pearl Harbor attacks, the US foreign policy was mostly isolationist, and after Pearl Harbor, it has been more interventionist and internationalist (unilateral internationalism). Exemplary identity was strengthened by Puritan settlers, although USA was not a promised land in the Biblical sense. Puritans, after their difficult exodus over seas, created an ideal of American Israel or American promised land in the new continent. Puritans were often pointed out responsible for American isolationism in the early years because they wanted to isolate U.S. from Europe. Being away from Europe also created this feeling of isolationism to American settlers. However, earlier settlers saw themselves as the pioneers of English civilization as well. So, they were spreading English civilization, not escaping from it.
Missionary identity on the other hand, was developed in time with the coming of millions of different settlers in addition to Britons to USA. This created a diversity and a chance for a new national identity to emerge. American nationalism was developed after American Revolution and Declaration of Independence and created its own myths different from British identity. By creating a nation on the basis of Enlightenment principles, American nationalism became universalistic over time. Its nationalism was civic, not ethnic and was inclusive, not exclusive. In Daniel Bell’s words, “America was an exempt nation that had been freed from the shackles of history”. The reason for this was that USA was born as modern, as a new nation in a new land away from the history. Thus, the defining characteristic of an American national identity was not really that it was a “nation of immigrants”, but rather, that it was “exceptional” in its blessings of liberty and republicanism. To become an American, one has also to accept the idea of American exceptionalism in addition to migrating there.
Today also the effects of American exceptionalism over the American domestic politics and American foreign policy is seen during the Presidential campaigns. It should be noted that all candidates are positioned somewhere between isolationism and interventionism and there is no pure approach. For instance, Democrat candidate Hillary Clinton can be considered as a hawkish compared to some Republican Presidents in the past. However, traditionally Republicans are known as interventionist and Democrats are as more pro-peace. Two parties’ methods of intervention are also different from each other. Republican Presidents (like the father Bush and his son) prefer land-based military operations whereas Democrat Presidents like Bill Clinton or Barack Obama use often limited military forces and organize bombings or operations to reach a goal. This could turn into disaster as in the case of Operation Eagle Claw during Jimmy Carter presidency or a great success like Bin Laden operation during Obama term.

US Foreign Policy: An Assessment
It is also a fact that since the country (USA) is itself a very young state, foreign policy preferences can change easily in time. Walter Russell Mead claims that U.S. diplomacy has been very successful in the early phases.[3] USA was the most advantageous state after the Napoleonic Wars as well as the First World War. European states were losing their power while the US was strengthening. The result of Second World War was also somehow the same. The US entered the war later, lost less blood in fighting and made greater gains than anybody else after the war. Soviet Russia began to control impoverished Eastern Europe but the US began to exert influence over the rich, intellectually most advanced and technologically more developed Western Europe. USA won the Cold War but also it diffused its language, culture and products worldwide. The US dollar became the international medium of finance. Thus, Europe should learn more from the US unlike the claims of some intellectuals claiming that the US should learn from Europe. With possible exceptions for Switzerland, Sweden and Vatican, the US has done better than anybody else in the 20th century.
The US foreign policy is unique in many ways. Others might have difficulty in understanding it because of its complex and dynamic structure. Some even say, “God has a special providence for drunks, fools and the USA”. During the Cold War, the American state created Cold War myths; a mixture of facts, interpretations and fiction, intended to meet the needs of the nation at this specific point in history. There were two elements in Cold War myths; one part about them, one part about USA. The part about them was that communism was a united global force engaged in imposing its vicious ideology in every point. This was not totally correct but it was needed to make American public ready for interventionist foreign policy. It was also useful for aligning with European states and pro-Western states close to Russia (e.g. Turkey). The myth about USA on the other hand was more accurate. It was about American intention to change largely isolationist foreign policy into an interventionist one. Until that time, American public did not know too much about the rest of the world. Isolated from the old continents, they had strange ideas about how foreign affairs work. The US was like a rich and beautiful girl educated in a strict convent, said the Cold Warriors, its past experience was of very little use in dealing with its new surroundings and situation. American people largely believed -in Kissinger’s words- that constant peace is normal condition and possible. However, if US wanted omelets, it has to break eggs. The mythmakers of the Cold War were successful because they buried isolationism.
Many valuable people served as American diplomats and Presidents in history. All achieved to tie the success of American foreign policy to the prosperity and happiness of the average American family. There have been some fundamental traditional concerns in US foreign policy:
Pro-democratic expansion helped USA a lot and increased the popularity of the US governments. However, this never meant US governments did not follow national interests. US Presidents and governments led to many wars, military operations and supported different groups against each other for national interests or international reasons. 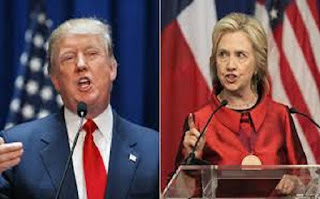 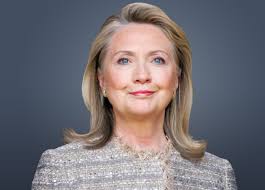 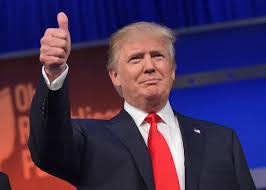