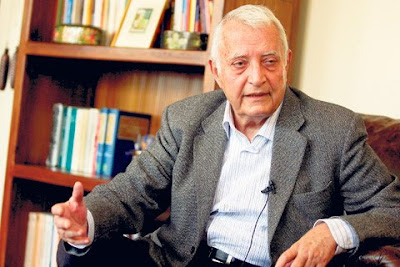 Chapter 6: The State, Civil Society, and New Challenges to Consolidation

An active, well-organized and well-functioning civil society is accepted by political scientists as a sine qua non condition for the consolidation of democracy.

The development of civil society depends on many factors;

In Turkey and many other developing non-Western countries the degree of stateness plays a decisive role in the structuring and strength of civil society organizations.

Prof. Metin Heper argues that Turkey has a strong state tradition which creates “a virtually one to one relationship” between the degree of stateness and the pattern of interest group politics.

- A strong highly centralized and autonomous state existed and occupied a central and high valued place in the political culture.

- No strong bourgeois or merchant class evolved in Ottoman State.

Ethnic division of labor in Ottomans: Non-Muslims, having no political influence, had economic power.

-There was also no feudal aristocracy in Ottomans. Tımar system allowed the state to own lands and raise soldiers. The sipahi (fief holders) were not a land-based aristocracy but rather a military service gentry paid by the state. In the 18th century local notables’ (ayan) power increased but this did not change the structure.

- The basic social and political cleavage was between ruling askeri (military) and ruled (reaya, tebaa) subject.

-Nature of Islam also played an important role. For all theoretical supremacy of Sharia, the religious class has no corporate identity but depends on the state unlike the Church in the European context. Church can be considered as the foremost of civil society organizations in the rise of pluralism in Europe.

The term “interest group” has a pejorative meaning. Robert Bianchi argues “much of the political elite have continued to share a lingering fear that unless partitive interests are repressed, closely regulated, or prudently harmonized, divisions along such lines as class, religion, and region will threaten both the unity of the nation and the authority of the state”. (p. 129)

Ersin Kalaycıoğlu claims that Turkish private sector has always been nurtured by the state and obtained its power from the state not as an independent class having economic power.

Heper further asserts that civil societal actors are forced to work within the framework of a strong state tradition. He calls this as “lingering monism”.

The role of 1982 constitution

The role of globalization in the rise of ultra-nationalist and religious extremist thoughts;